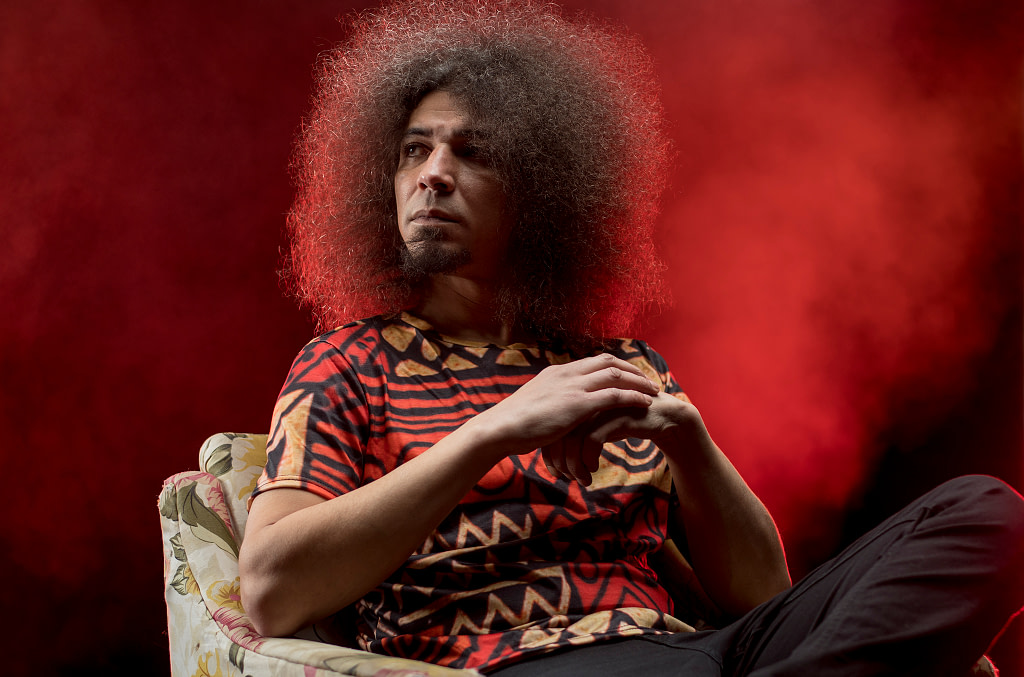 Afrodelic is an Afro-funk and electronic band from Mali.

The project was founded by guitarist and producer Victor Diawara who is currently adding the finishing touches to his debut album ‚Dusunkun Hakili‘ (The memory of the heart), due for release in October 2020. The collection of songs is a tribute to Diawara’s father: well-known and respected Malian writer and poet Gaoussou Diawara who passed away in 2018.

Born in Lithuania, raised in Mali, Victor lived in Germany and Ireland before permanently moving to back to his mother’s home country Lithuania in 1997. Here, he formed Skamp – a band which became wildly popular in Lithuania at the end of the “noughties”. Skamp have released 10 albums, performed around Europe, won a number of music awards and were nominated for MTV European Music Award (twice).

A household name in Lithuania, Victor is also a successful music producer and runs one of the country’s most important alternative venues – art factory Loftas, where he hosts gigs of the most interesting local and foreign artists (Editors, Nicolas Jaar, Moderat, Fink and many others played the venue). Formed in 2018, Afrodelic is a new step for Victor – an intriguing mix of African music and electronic rhythms. The first single Le Temps est venu (The Time Has Come) released in June 2020 features lyrics by Victor’s father, acclaimed Malian writer Gaoussou Diawara – just like the rest of the forthcoming album, it. Poet, novelist, author and professor at the University of Mali. He was a Knight of the National Order of Merit of France as well as a Knight of the National Order of Merit of Mali. Gaoussou Diawara was awarded the UNESCO Prize for Poetry and the 1976 French RFI Prize at the Inter-African Theatre Competition. He was also president of the Union of Malian Writers and president of the Malian Center of the International Theatre Institute.

Most of the songs on the debut album were recorded in Bamako with local musicians and singers. Victor then reworked the recordings adding electronic sounds and rhythms in his studio in Vilnius.