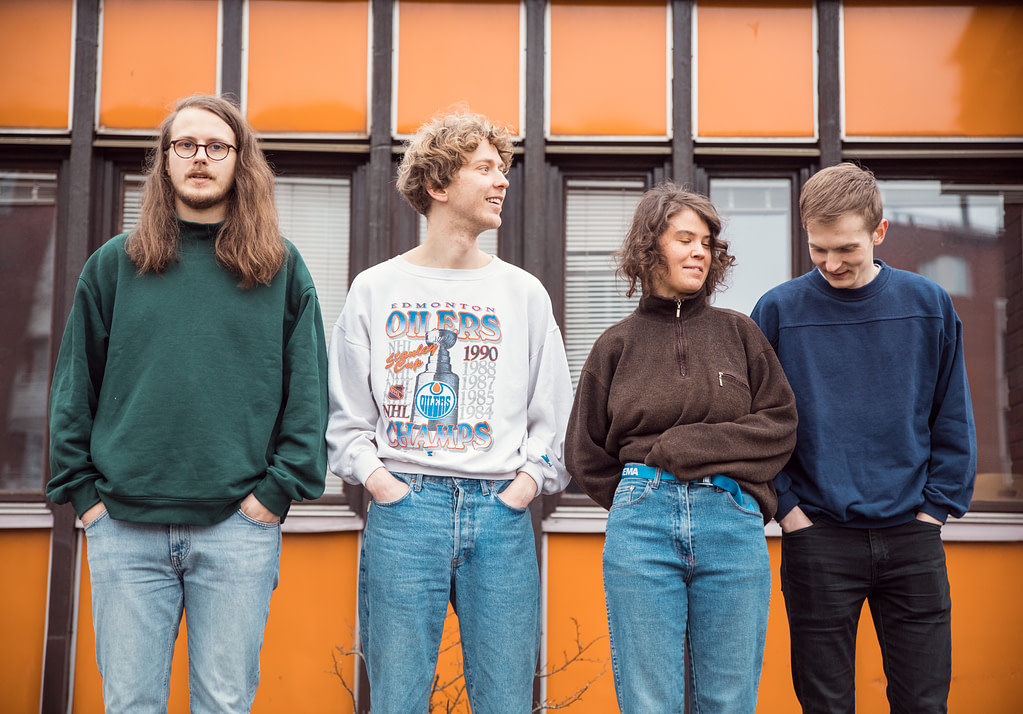 Stockholm four-piece Melby have constantly been growing since their debut with catchy single ‘Human’ in 2016. Last year, the band took their biggest step yet with the acclaimed debut record ‘None of this makes me worry’ which was followed by tour dates all over Europe. The band returned earlier this year with fittingly named single ‘Things I Do When I’m Alone’ and are now following up with new psychedelic pop single ‘Common Sense’. The band often gets compared to fellow Swedes Dungen and Amason but Melby’s dynamic sound, with influences from folk, psych, indie and pop, stand out. The quartet’s light, semi-psychedelic folk pop is led by Matilda Wiezell’s enchanting voice which fits perfectly with Melby’s unique musical landscape – a sound that’s been called “otherworldly, and wholly brilliant” by The Line of Best Fit.