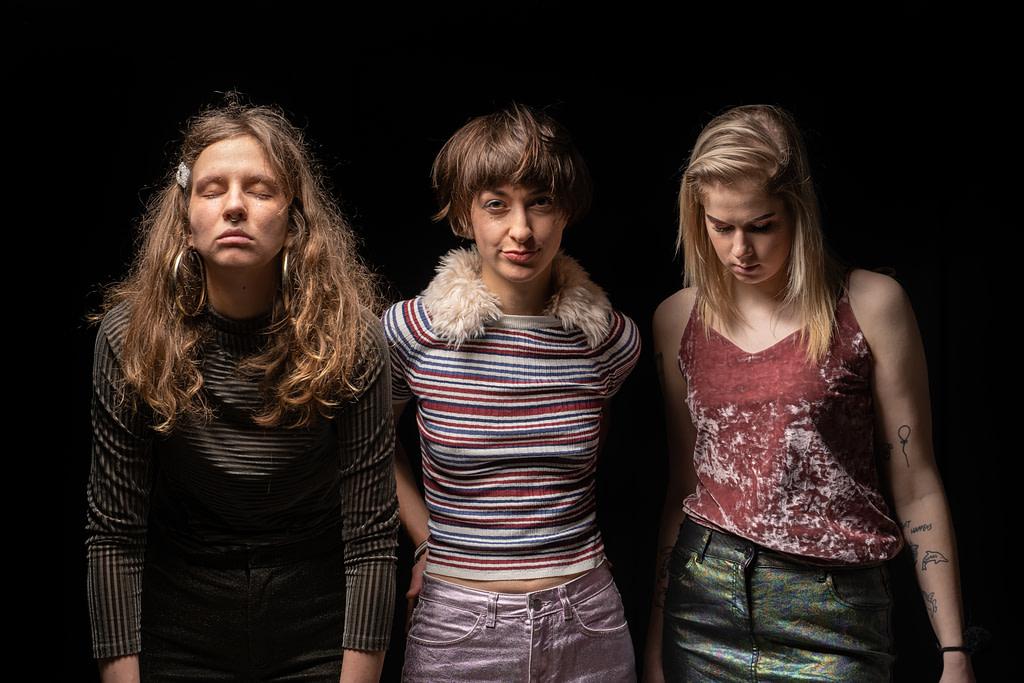 This is what surf music would sound like if it was made in the dark near the frozen shores of the Baltic sea. Because it was. Benadetta, Victoria and Maria Rosa (these are definitely not their real names) are a trio of Lithuanian mermaids who create “zero-waste trash music” under the name “shishi”. They sing about how it feels to be living in times when nothing makes sense anymore. Their music is perfect for people who care about what’s going on, but don’t really know what’s happening. Genre-wise shishi takes sugar, spice and everything nice from surf rock and blends it with a chemical formula that has been distilled from the raw sounds of the best riot-girl and punk bands. The result is a beautifully awkward eco-friendly vibe reminiscent of indie surf frontrunners like La Luz or Tennis smashing into the powerful femininity of bands like Hole, Kleenex and Delta 5. The band known as shishi was initially formed by three vocalists trying to play instruments they couldn’t play. Their 2018 debut album “NAx80” contains a secret swear word and was released after some intense and rapid learning sessions (it was around this time that they became mermaids, just in case you were wondering). Nominations, festivals and tours followed. As the instrumental skills improved in 2020 shishi was signed by “The state51 Conspiracy” to release their follow up album “Mafitishei” in which the band searches for new seas on which to splash around. If this biography left you feeling more confused than informed and you suddenly want to dance upside-down, you are now in the perfect mood for some shishi.